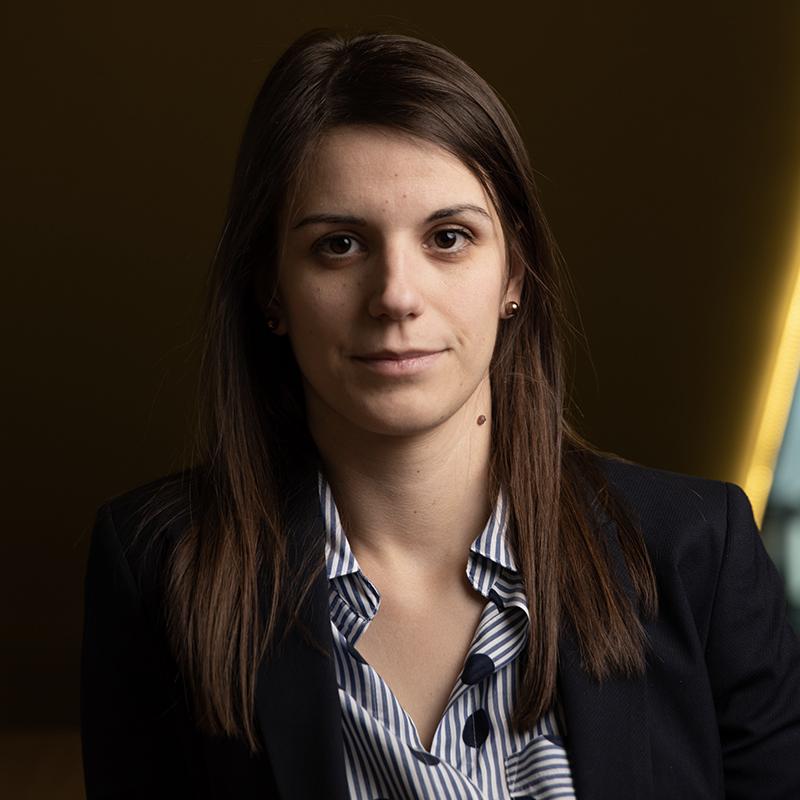 Fotini Karinou was born in Arta, Greece, in 1983. She received the Diploma in Electrical and Computer Engineering with M.Sc. in Telecommunications and Information Theory, and the PhD degree on spectrally efficient wavelength division multiplexed (WDM) optical interconnect networks for high-performance computing systems, from the Department of Electrical & Computer Engineering at the University of Patras, in Rio, Greece, in 2007, and 2012, respectively. From Oct. 2016 to May 2017, she was a visiting researcher at Vienna University, at the Experimental Physics Institute of Quantum Optics and Quantum Information (IQOQI) of Prof. A. Zeilinger, where she worked on quantum cryptography participating in the initial attempts for the realization of a commercial prototype of a quantum key distribution (QKD) system based on polarisation entanglement. From June 2011 to December 2011, she was a visiting researcher with the Photonics Department, at Denmark Technical University, in Copenhagen, Denmark, where she worked on advanced modulation techniques and spectrum-flexible reconfigurable cognitive optical networks.

From 2013 to middle 2018, he was a Senior R&D Engineer at Huawei Technologies Duesseldorf GmbH, Optical Technology Department, Optical & Quantum Laboratory, in the German Research Center in Munich, Germany, where she worked on optical transmission systems for datacom, metro/access, and long-haul networks. Also, on optical QKD systems and physical layer prototypes for quantum communications and their integration in WDM deployed telecom networks. Since June 2018 she is a Senior Researcher with the Systems and Networking Group, at Microsoft Research Ltd., Cambridge, U.K., where she is working on developing novel optical technologies for emerging cloud computing systems and network architectures.

For JLT she is handling submissions on the following topics:

© Copyright 2020 IEEE - All rights reserved. Use of this website signifies your agreement to the IEEE Terms and Conditions.